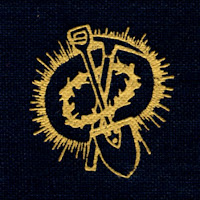 This is the worst book that I’ve ever loved.

Actually, it’s not the worst book – it’s a young man’s novel, madly uneven, spilling over with pain and a prose made hyper-precious by its burning need to testify.  It was first published to much critical acclaim in 1939 – it apparently beat out The Grapes of Wrath as a main selection of the Book-of-the-Month Club – and it’s based so closely on the central wound of di Donato’s early life that, contrary to reigning opinion back then, I find it almost critic-proof.  Di Donato’s investment in telling the story of this wound was so all-consuming that the only way he could find to capture it was with a kind of bloated, “poetical,” quasi-biblical prose so weighted with its own portentousness that it becomes at times almost unreadable.  The book hasn’t dated well.

Here is the wound, and horrible it is:  when di Donato was still a boy, his father, a bricklayer, was killed in a construction accident.  He was drowned in concrete.  Di Donato’s mother Annuziata was left with seven children, Pietro the oldest among them, and one more on the way.  Pietro – called Paul in the novel – has to quickly become the man of the house to keep the family from starving.  Planting himself at his father’s former job site, by sheer force of will he becomes a bricklayer at the age of twelve, a master bricklayer at fifteen.  His childhood is obliterated.  A sensitive, “good” boy, he suffers torments on every level – humiliation, physical exhaustion, guilt over his developing sexuality as he grows into young adulthood and, finally, a loss of religious faith.

All the makings of the classic bildungsroman are there.  But the style of the prose, rather than drawing the reader in, is like a stiff arm keeping the reader away.  Maybe nothing dates more quickly or worse than “poetic” prose, particularly that of a young person (I think of such early Thomas Wolfe locutions as “Which of us has not remained forever prison-pent?” – oh, brother).  Open Christ in Concrete at random and you’ll find sentences like:

But she remained, belly full-bursting, and overworked breasts sprawled, showing dumbly with her ungraceful limbs. (42)

And hours were wings of fantasy to a mother and son. (157)

Similar to Henry Roth’s Call it Sleep (1934), the foreign language spoken by the characters – Italian in di Donato’s case, Yiddish in Roth’s – is rendered in an English of formal, poetic cadences and idiosyncratic word choices (the idea being that it’s like a too-literal translation).  In the case of di Donato, this seems to have determined much of the narrative voice as well.  But the style, and thus the tone, changes throughout the book, sometimes almost paragraph by paragraph; di Donato sometimes uses a de-familiarizing dropped-article, “muscular” style that reminds me, of all things, of Henry Green’s Living (1929) – a ruling class author’s very successful attempt to capture the lives and speaking styles of working-class factory hands (there are probably other precedents for such a style among the many proletarian novels of the period but I’m just not familiar with them). It’s when di Donato writes past the mannerisms and uses comparatively “plain” prose that, for me, the book takes off.

Because the story is all.  The death of the father, the squalor of the tenements, the harshness of immigrant life – they’re all so horrible they need no special stylistic flourishes to work on the reader’s mind and heart.  It’s often during the most extreme scenes that di Donato’s prose becomes “biblical” and overblown, as if to remind the reader what side the angels are on.  But we need no reminding.  The sense of injustice is huge throughout the book, in spite of the prose’s urgings, not because of it.  One of the most shocking moments is when Paul and his sister go to the police station to find out what happened to their father in the building collapse:

The sergeant thought for a moment, and called to the next room: “Hey Alden, anything come in on a guy named – Geremio?”
A second later, a live voice from the next room loudly answered: “What? – oh yeah – the wop is under the wrappin’ paper in the courtyard!”

There’s also the painful scene of Paul wandering the streets in search of something for his family to eat, being rebuffed by the shopkeepers, and finally going to the parish priest, a well-fed, sanctimonious man sitting down to an enormous dinner.  When the priest insists he can’t help the boy, and ultimately sends him off with a slice of cake, you really do want to slap the man in his fat face.  There’s a scene in which Annuziata and her many children go before the workers’ compensation board, and it’s quickly apparent that the boss and the board are on the same side.  Though the accident was the fault of the cheap-assed boss, he places the blame on the dead man (“…I’ve always had the same difficulty with Eyetalian laborers…. I’ll be hanged if I can prevent them from hurting themselves!”) and the family, screwed and lacking the language or power to fight back, goes home with nothing.  Just like early scenes in Jane Eyre, these episodes do what they’re supposed to do – build up the reader’s indignation – but (unlike Jane Eyre) the effect is quickly squandered when the prose whips itself up into the inevitable tragic crescendo that comes next.

A strange shadow of darkness hangs over the world of the book.  It’s almost as if it takes place in an enclosed, cramped space.  The unnamed city of the novel – a sort of nightmare New York City – is a cage.  The lack of place names and the self-directed scope of the narration give the city its dream-like air; it’s a kind of black-and-white cinematic or even comic-book quality (to the author’s credit).  And, despite “Job” (always rendered with a capital J and no article so that it almost becomes, if you will indulge me in a cliché, like another character in the novel) being the oppressive thing that kills the father and burdens the son, it’s also what makes Paul a man; thus, many of the descriptions of the work itself ring with vitality.

There’s a strange, long scene in Part V of the book, “Fiesta,” in which the novel’s problems of tone really jump out.  (Inexplicably enough, just about every snippet of Italian in my 1939 edition of Christ In Concrete is a mess – “festa” is “fiesta,” “informazione” is “informatzione,” cafone is spelled wrong, as is biscotti – “biscuiti.”  This is, I guess, the legacy of illiterate immigrant parents and their English-language-schooled first-generation American children having to do a lot of guesswork to figure out the language – which was often dialect – but one wonders why the publisher couldn’t find a copy editor who could read this exotic language, Italian.)  The scene comes toward the end of the book, after the worst has passed, and Paul’s Uncle Luigi, who had lost a leg in a distractingly bathetic scene earlier in the book, is married to a neighborhood widow.  The wedding feast begins daintily; but as the guests drink their cordials and wine and eat the exhaustively described dishes (“Bitter green Sicilian olives and sweet Spanish olives, whitings and squid pickled in saffron, Genoese salami and mortadel, pickled eggplants, long pointed peppers and cherry peppers…” being only the beginning), the mood grows increasingly excited, then lusty, then sentimental…the mandolin comes out, they all sing, they reminisce about the old country.  This would all be fine and good, but after the endless meal has wound down, everyone sated to the point of exhaustion, in the middle of the night the guests get a kind of second wind and must have – spaghetti.  The men snap to action and prepare another enormous meal and, inexplicably, slather it right on the table-top, where they dive into it, “with only the face,” like pigs at a red-sauce trough.  What’s this scene doing here?  Acting as satire?  But there weren’t enough representations of Italian-Americans in existence at that time to provide the need for satire.  It’s an episode expressive for its own sake, something probably based on a memory – a moment of crazed over-indulgence given into by people for whom deprivation is the norm.

Nonetheless, this distressing scene is, I’ll just posit here, the moment in literature when the Italian-American gavone, real and fictional, was born.  And every last cringe-inducing G from the loser guys in Saturday Night Fever to the depressing, self-advertising slobs, male and female, on Jersey Shore come out of its overcoat.  It’s as if they’ve retained the gavone way of being while having no clue why such an attitude might have come about.

Di Donato was a Communist – he joined the party after Sacco and Vanzetti were executed – and, while one could probably have guessed this given the times and the themes of the book, it doesn’t read like propaganda. “I dramatized the economic struggle,” di Donato is quoted as saying in “A Visionary Speaks,” La Parola del Popolo, January-February 1980, by Michael Esposito (quoted in his excellent essay, “The Travail of Pietro di Donato" in MELUS, Summer 1980), “and let the reader add it up.”  There’s no rapturous ending as there is in Jews Without Money (like Call it Sleep, a spiritual brother of the book) with its paean to O Great Revolution.  Instead, Christ in Concrete ends with what appears to be the death of Annuziata, after Paul’s revelation of his loss of faith effectively breaks her heart.  The scene is kind of a terrible one, and not in a good way, with Annunziata cradling her teenage son and battily crooning as she slips away.

And yet, for all its huge flaws, this book haunts me.  I’ve read it twice over the years and will probably read it again.  The sound of its prose is the sound of striving, of a tremendous moral burden, and the book reads like a broken heart.  Di Donato bled these pages. 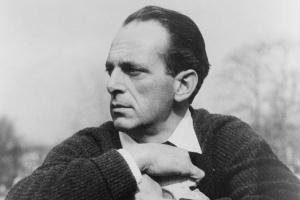