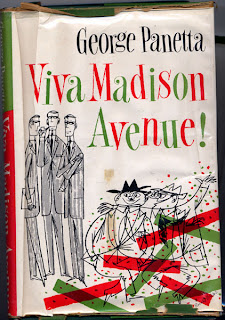 Wonderful jacket by Rudi Bass.
One really wants this book to be the out-of-print gem to email the folks over at New York Review Books about.  OMG, one wants to write, please rush this unjustifiably ignored book back into print!  Sadly, someone else will have to get behind it. 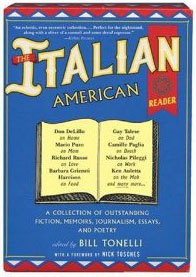 Can we please have a moratorium on designs for Italian-American-themed
books that look like food-product packaging?
I first read George Panetta’s fiction in the Italian-American Reader where there’s a sketch called “Suit,” written in an easy colloquial style full of oddball charm.  When the Reader came out, back in 2003, Damian and I went to a reading for it at the Barnes & Noble on Union Square.  What I remember is Nick Tosches, who seemed very grumpy, intoning the word “monotheism” over and over until we were all bleeding from the ears.  And Gay Talese reading from Unto the Sons – elegantly dressed, boring as pudding.  It must be a generational thing.  Don DeLillo was in an Italian-American mood during that time and read from Underworld, with its sections that take place in Belmont, Bronx’s Little Italy, which is full of lovely, watcher-watching-himself-watching textures (“They were playing salugi in the street….Salugi, they cried, that strange word, maybe some corruption of the Italian saluto, maybe a mock salutation – hello, we’ve got your hat, now try and get it back.”) and pitch-perfect dialogue that sounds like many an old G I’ve stood next to at the pork store (“Maybe you heard, Albert.  The hunchback died, that used to carve things out of soap.”).  He brought the house down.
Just a moment here to dwell on the excellentness of Don DeLillo.  This past October I went to the PEN Awards at the old B. Altman’s with my cugino Ken Gangemi.  Mr. D was given the PEN/Saul Bellow Award for Achievement in American Fiction and, true to the embarrassed-by-attention Molisano he seems to really be, instead of fluffing out his feathers and doing a strut across the stage, in his acceptance speech he talked about what a wonderful writer Saul Bellow was.  After the event, the audience was supposed to wait until the awardees had left the auditorium, but some folks dawdled and I got swept away with the tide until there was a kind of bottleneck at the door, and who do you think was suddenly behind me?  The Don.  I mean, just there.  So I summoned up all my mental reserves, and turned, and said in the high-pitched voice of an ignoramus 14-year-old:  “Mr. DeLillo, I love your work, and thank you, and I’ve always wanted to shake your hand.”  The Don said, “Oh thank you,” and we shook hands.  It was like taking a bird’s wing.  And I couldn’t say another word, nothing like, Mr. D, how I loved listening to the recording of you from the 92nd Street Y reading the prologue from Mao II when I was working in the Trade Center, and how wonderful it was when you take that slight pause just before you say “The future belongs to crowds,” because you know it’s perfect and you just have to stop in the moment…and how I’d listen to that and my eyes would fill with tears…  Well, I figure it’s a good thing I didn’t say this, because the poor man probably would’ve done the duck-and-cover.  As it was, the Don was a vapor.  I shook his hand and in a moment he was gone – like the nun in the internet ether at the end of Underworld.  He was so unassuming, like a certified public accountant.  After that I totally understood how he can put on a pair of tinted aviator glasses and walk the streets of NYC unrecognized.
Sad to say, when I told people at work the next day what happened, no one except my friend and officemate Mike knew who Don DeLillo was…sigh.  This reminded me of something that happened years ago.  My best friend Kim was using the pay-by-phone option on her Con Ed or Brooklyn Union Gas bill, and was put in touch with an account manager called Mr. DeLillo.
“As in Don DeLillo?” she said, joking.
And the guy said: “Wow, how do you know my cousin?” 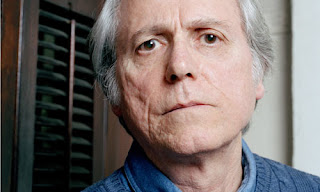 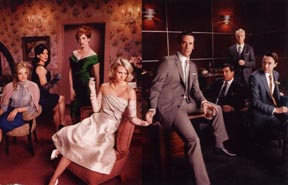 Inexplicably, this image was in the Yaddo newsletter.
Their enthusiasm makes me feel very lonely.
Then I thought maybe Mad Men was operating on a meta level, as a subtle critique of the shallow images perpetuated by advertising – what with it basically being a soap opera, a form which of course has its roots as a vehicle for advertising.  I tendered this idea to my officemate Mike, a person who knows from meta; we bandied it around for a while, but he eventually shook his head.  All of which made me wonder:  why on earth am I wasting so much time talking about Mad Men?  Similarly, I recently considered writing a review, focused through the generous lens of Giambattista Vico’s notion of cultural pluralism, of Snooki Polizzi’s A Shore Thing.  But then I put down my crack pipe.
Holla!
Panetta had a great ear for a certain kind of colloquial dialogue (“What’s this he has a beer?” “We can work it beautiful.” “Him I should never’ve trusted.”) and in fact, after he left advertising, he wrote for the theatre, with varying degrees of success – an adaptation of Viva Madison Avenue! seems to have closed after one night, while his play Comic Strip won an Obie award.  I read his play Kiss Mama and it’s cute, but so slight, and you can see the plot spooling out before you on lines as predictable as the 5:05 to Greenwich.  It’s cursed by the same terminal mildness and What’d I do? attitude that Viva Madison Avenue! is.  Contrast this with characters in Dawn Powell’s business satire Angels on Toast, or almost any sketch by Damon Runyon (to whom Panetta seems to me something of a literary heir):  with both of those writers, there’s a feel of the real gritty world out there, the world that will eat you alive. Viva Madison Avenue! seems to want to be meaner than it is.  Some kind of real anger must have come out of Panetta’s being one of the few working-class “white ethnic” guys, Brooklyn accent and all, sitting in his office at Y&R.  If this had made it into his writing we’d have a different book entirely, something with teeth.
I’ve often wondered if DeLillo’s characters are the way they are because they’re so relentlessly deracinated (Underworld being an exception).  They have no roots, no family.  Panetta’s characters seem to have the opposite problem – they have too much family, they’re steeped too utterly in one narrow identity.  The family is always there, looking over his shoulder, and he’s too much the good son not to care about what they think.
Posted by B.G. Firmani at 7:15 PM 5 comments: